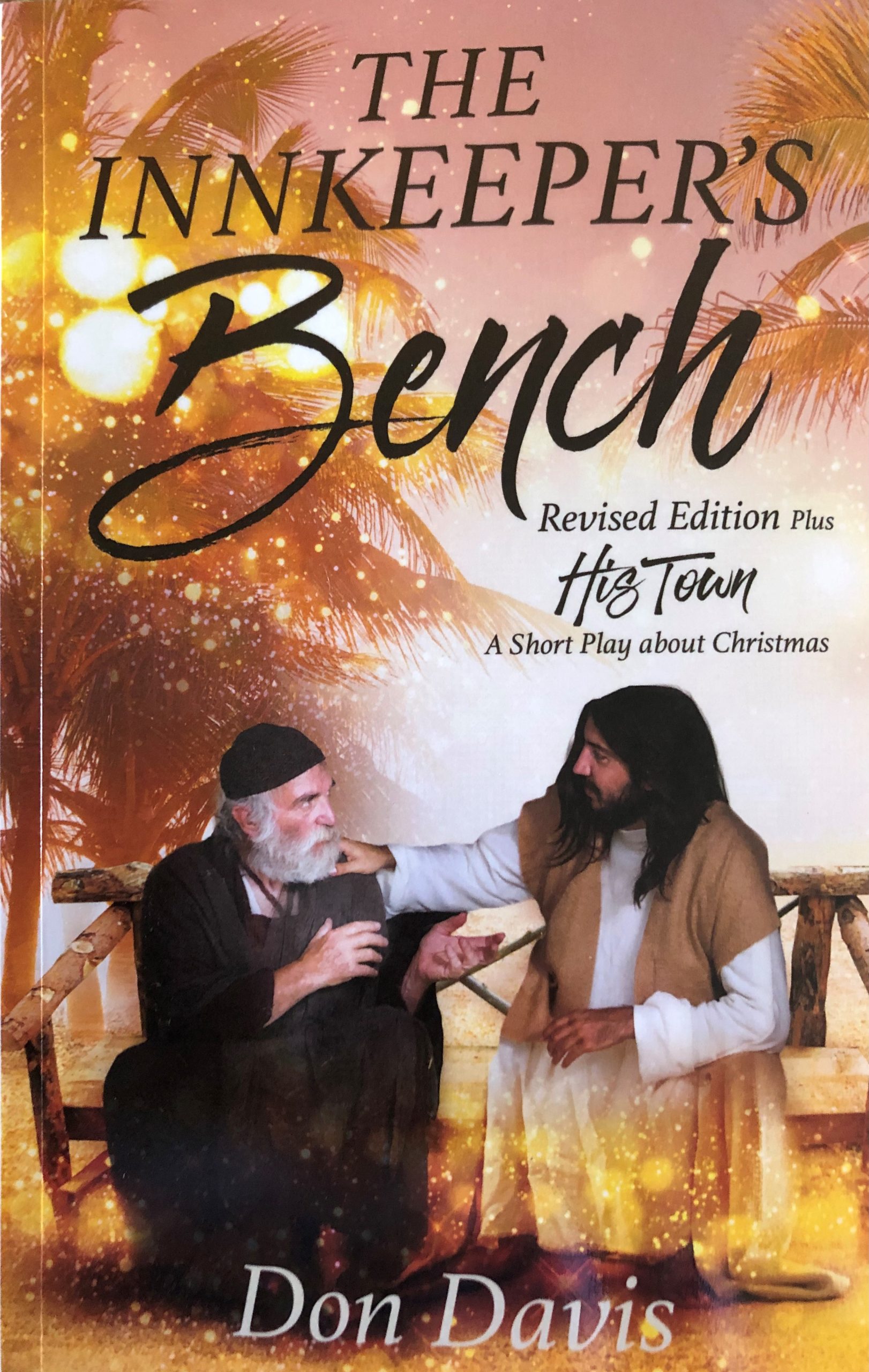 The Innkeeper’s Bench is the life of Jesus Christ as seen by Zebulon, the innkeeper of Bethlehem. He can often be found sitting on his favorite bench overlooking the town square of Bethlehem There he contemplates what he has seen.

Zebulon met a desperate young couple during a Roman census. Over the next thirty years he followed the life of the Child born that night. He became more than just an observer. His friendship with Jesus allowed Zebulon to become a participant in the climatic events of the most important day since Creation.

The Innkeeper’s Bench is historic, scripturally-based fiction. Questions between Scriptural anchor points are given answers. Scriptural order is carefully followed while the narrative presents events as they could have happened to give explanation and contemporaneous context. The people that we meet are portrayed as real flesh and blood. Jesus, while divine, lives like a normal young man, up to the point of crucifixion.

This story is intended to encourage those who read it and understand that we do have a Savior who understands us and we follow ordinary people who accomplished extraordinary things.

In all things, God and His Son Jesus Christ are to be honored.

Don Davis is a former officer in the U.S. Army. He is a retired engineer. Mr. Davis has taught adult Sunday School with the Bible Methodist for more than 45 years.

The book can be purchased on line through: