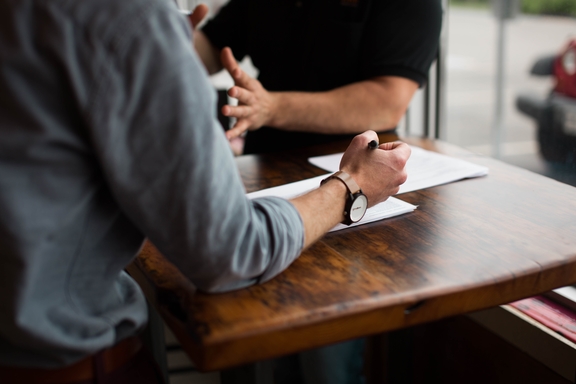 Mentor : a trusted counselor or guide. P.W. Keve, a pioneer in the field of criminal justice wrote, “a mentor [is a person] who, because he is detached and disinterested, can hold up a mirror to us.”

Historically Christianity has known the importance of influencing others in their walk with Christ and other Christians. The Scriptures repeatedly remind us in the accounts of people highlighted and in the instructions given, that discipleship is an extremely valuable tool.

An Assumption about Christian Maturity:

Too often we have failed to intentionally mentor or disciple others because of ignorance or indifference. The results of that lack produce inconsistency and confusion. Many people in my generation simply assumed that their children or newly converted Christians would know what maturing Christians should embrace and reject. Because American culture had for many years a strong Biblical foundation, many simply assumed people would know the values of their faith.

You may say I have little if anything to teach others. Don’t I need a course to teach me, or curriculum to lead me? My answer would be, some help would be valuable. To meet that need you might ask those who have influenced you for help. You may also carefully follow Christ and allow His presence to lead you in teaching and helping others.

Getting Involved in Mentoring:

For people who feel hesitant to offer themselves as mentors, might ask the following question: “Does it not seem arrogant to try to teach someone else how to live?” The answer to that question would be, “If you are offering yourself, simply to reproduce yourself or your theory, yes.” But if your desire is to influence others to a deeper walk with Christ, you have much to offer already. Your desire in prayer, passion for people and willingness to be used is a great tool.

Allow the Holy Spirit and other mature Christians to mentor you and then take that learning and influence as a resource to help others.

Understand some people have no desire to be discipled or mentored. I have watched people remove themselves from the counsel and leadership of others. It is heartbreaking to see a throughly gifted and capable person move away from the spiritual leadership the Lord has providentially placed in their lives. At times mentoring will not work, but the chance of someone turning away does not remove the rich value of personal commitment.

One of the most valuable investments I have ever made was a sacrifice to spend significant time with a new Christian. It took hours almost every day. It meant purposefully praying together, spending time in the Scriptures and just drinking coffee and talking, but the result was discipleship that is productive almost 30 years later.

Allow the people among whom you worship to mentor you and make yourself available to mentor others.